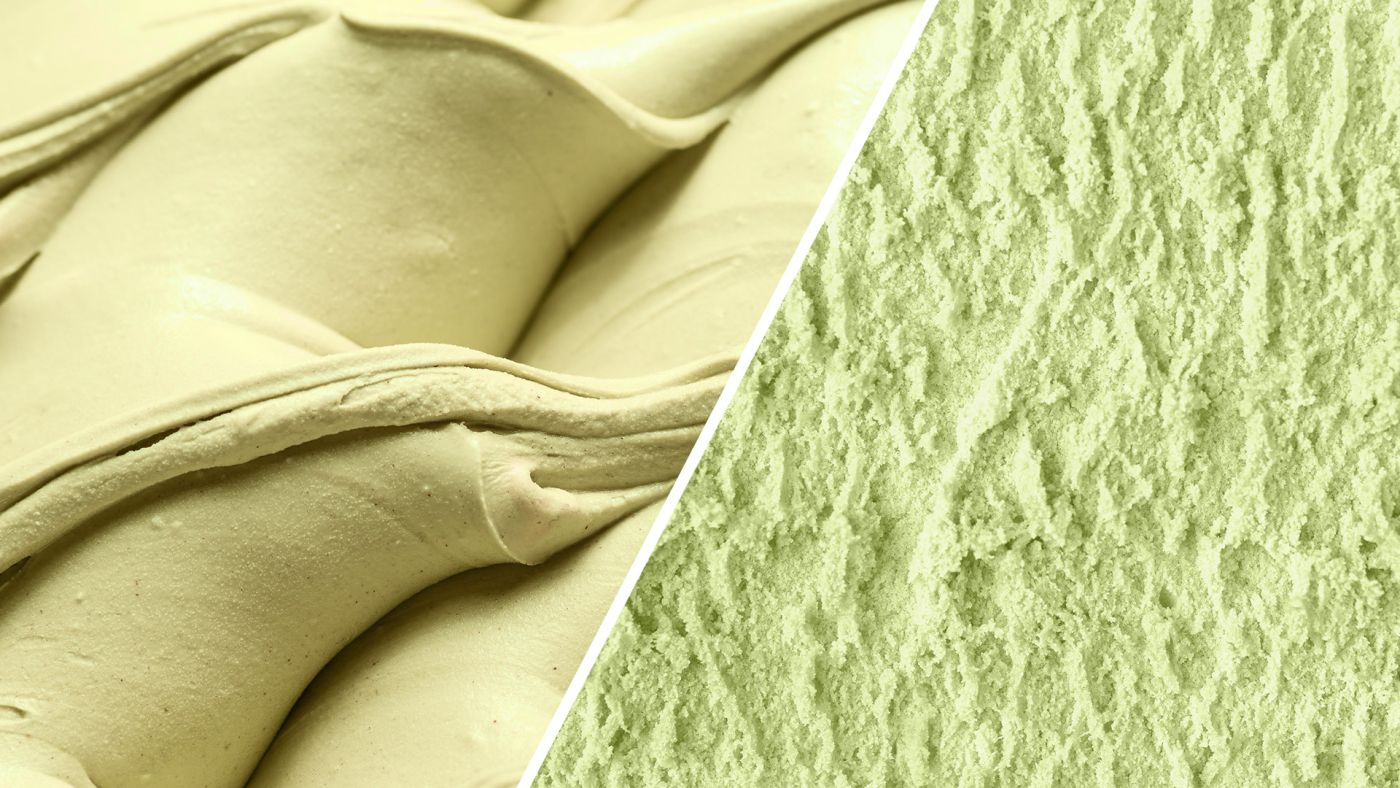 Spring is in the air and when it’s warm and sunny outside, there is nothing better than a fresh and tasty Italian gelato to make your day! We said gelato for a reason, but do you know what is the difference between gelato and ice-cream? Even though they may look and taste alike, that doesn’t mean they are the same. Let’s find out why!

Both ice-cream and gelato are made with similar ingredients, such as a custard base with milk and sugar, but that’s it: they don’t have anything more than that in common. In fact, surprisingly enough, each one of them has its own history, its peculiar way of being made and some unique qualities—from flavor to texture. We will now investigate the gelato and ice-cream differences, so you can fully appreciate and understand why you should buy Italian gelato online and what is gelato made of.

We’ve just mentioned that the two core ingredients of both treats are milk and cream, but let’s now focus on the amount of each, since that is the reason why we can say they are two different desserts. As the word seems to suggest, industrial “ice-cream” contains more cream than milk, while gelato is made with a higher proportion of both milk and cream. Eggs are another ingredient that can distinguish the two: ice-cream includes egg yolks, whereas gelato is (most of the time) completely egg-free.

The real difference between them, anyway, lies in the production process: they both need to be churned, but this process results in a higher speed for ice-cream, which basically means it incorporates more air while being produced. In practice, gelato turns out to be creamier and more scoopable than ice-cream, since the latter remains less consistent and contains as much as 50% air. You can now understand why industrial ice-cream is considered “fluffier” than gelato.

And once they’re both made, let us remind you they are normally stored at different temperatures so they can maintain the right consistency. While ice-cream is typically served frozen, at around -4°F, gelato is traditionally stored and served at a slightly warmer temperature, around 17-19°F, which doesn’t make it completely frozen. This is of course hilarious if you think about  what does gelato means in Italian, “frozen”! Due to this difference in storage, gelato’s texture is softer and silkier than industrial ice-cream’s.

Speaking of Italian, is gelato Italian?

If we consider that its invention is attributed to the Florentine, Bernardo Buontalenti, yes. They say he presented the very first version of our modern gelato to Caterina de’ Medici, who brought the recipe to France when she became Queen and wife of King Henry II. Go Italy, then!

After becoming an expert of what distinguishes gelato classico from Italian ice-cream, all you have to do is to find out what does gelato taste like. Let us suggest you to start from an added sugar free gelato: our signature peanut butter gelato. Buy this Italian gelato flavor online and become the CEO of gelato!